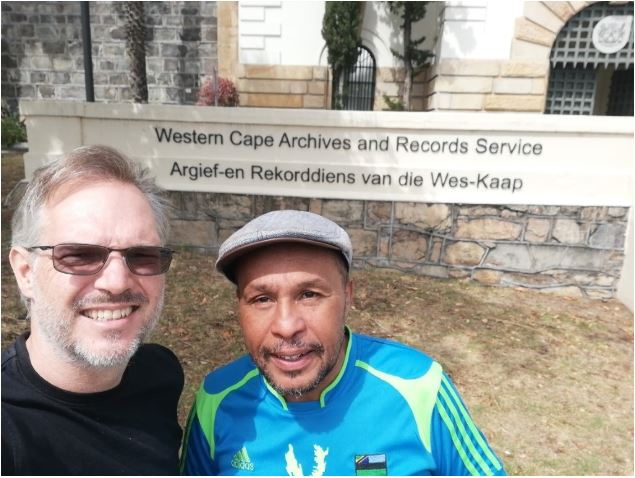 In December 2019, Dr Geoff Blundell and Troy Meyers visited Cape Town to undertake research in the National Archives Repository on the Khoisan peoples of the Nomansland region. Nomansland was the name given to the area that fell between the Cape and Natal colonies and beyond the control of the large Cape Nguni polities along the south-eastern seaboard of South Africa. Of course, the area was not really a No-Man’s-land but was the home territory of a number of Khoisan peoples. After 1863, when the Griqua made their epic trek from the interior of the country through the Drakensberg and eventually settled in the region of present-day Kokstad, the area was renamed East Griqualand. The work undertaken by Dr Blundell and Troy Meyers is part of an ongoing collaborative project that looks at the histories of Khoisan peoples in the Nomansland area. 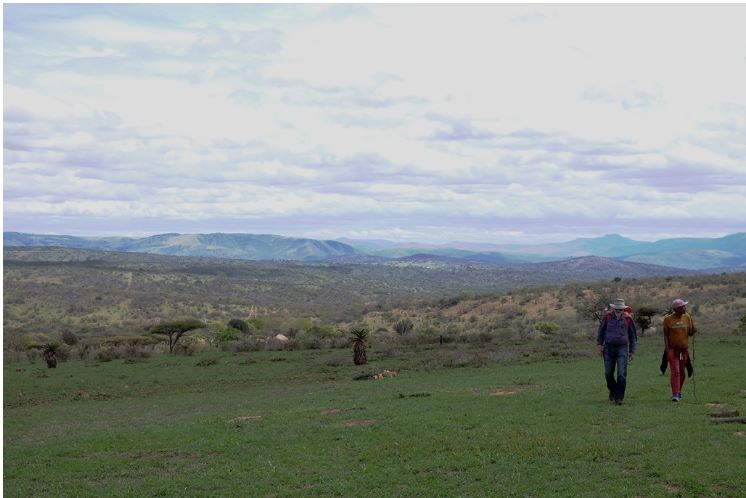 In November 2019, researchers in the KZNM Department of Human Sciences organized a visit to uMgungundlovu, the site of Dingane’s capital between 1828 and 1838. The archaeological archive linked to this site resides in the KZNM but is also dispersed across other institutions and Chief Curator of Archaeology in the Department of Human Sciences at KZNM Gavin Whitelaw is in the process of convening and making sense of these materials.

PICTURED: John Wright and Thokozani Mhlambi walking up towards the isigodloat uMgungundlovu. Photo by Justine Wintjes (2019). 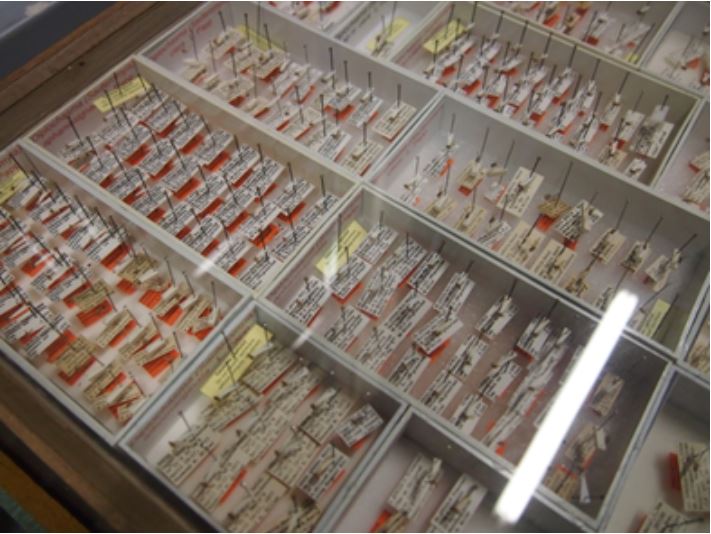 In July, 2019, Claire Dean of Dean & Associates visited KZNM and conducted a needs assessment of the collections within both the Natural (DNS) and the Human Sciences (DHS) departments as well as considering the needs of items on exhibition. The recommendations in Dean & Associates’ report, along with the recommendations made by the accounting firm, Grant Thornton, in their Heritage Asset Assessment will be used to guide adjustments to the policies, protocols and practices of collections management at the KZNM. The goal of these assessments is to see where the KZNM can bring its collections management in line with best global practices.

DNS has well over 100,000 items in their collections, including some of the most significant collections of Malacology and Diptera in the world. DHS has some 40,000 objects across Anthropology, Archaeology and History collections. These collections are visited every year by scholars from around the world for their valuable scientific knowledge. The final report will be accepted by museum management by the end of 2019 and submitted to Council. In years to come, Dean and Associates’ recommendations will be implemented.

An example of insect storage in the DNS, all requiring the same environmental conditions, making it possible to consolidate storage space for thousands of individual specimens – a characteristic less common with DHS collections’ storage. Photograph by Claire Dean. 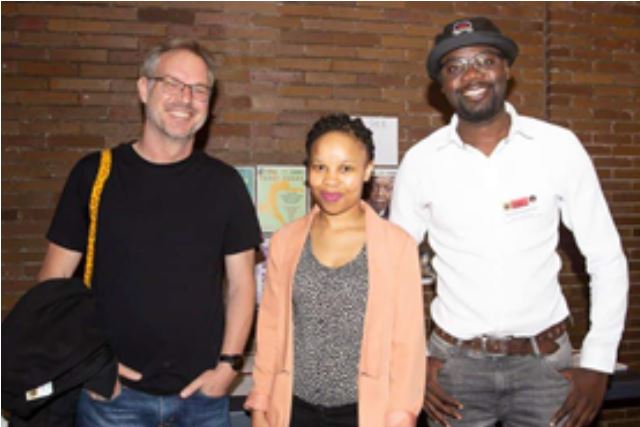 The biennial SAMA conference was held at the Msunduzi Museum in Pietermaritzburg from 21 to 24 October, 2019. The conference topic this year was: The Future of Traditions. Five  staff members from the KZNM presented papers. KZN Museum Director, Mr Luthando Maphasa, spoke on the issue of research subsidies in museums. He discussed the lack of adequate funding that potentially threatens the effectiveness of the future of museum-based research, which has led to a massive loss of expertise and deterioration of collections. In his discussion, he pointed to the consequences of this inadequate funding, which leads to a loss of expertise and the inability to comply with stipulations such as GRAP 103.

Mr Mudzunga Munzhedzi, Collections Manager of the Human Science department spoke about Michael A. Moon’s contribution to the archaeological archive at the KwaZulu-Natal Museum. Munzhedzi’s presentation was based on his Master’s research project, which considers the contributions made by amateur archaeologists to the museum’s collections. Munzhedzi stressed that the archaeological usefulness of such amateur collections relates to their ‘co-production’ through dialogue with professional archaeologists over many years. Michael Moon’s efforts provided a poignant case study.

Ms Dimakatso Tlhoaele, Research Technician in the Human Sciences department, spoke on Izinkambaand marriage. Her paper was also based on her Masters research. She discussed a variety of colours used on pots which are symbolic. Such colours include black (mnyama), red (bomvu) and white (mhlophe). In her discussion, Tlhoaele used her ethnographic data to complement the archaeological context of a Late Iron Age site—Mgoduyanuka—in the upper uThukela Basin. Furthermore, Tlhoaele addressed how she explored the relationship between coloured pots and marriage alliances in the Late Iron Age, and this was conducted through a portable XRF method and other analyses.

Dr ThembekaNxele, Curator of Oligochaeta in the Natural Sciences, spoke on how museum-based earthworm research can benefit society. In her presentation, Nxele emphasized how earthworms contribute to agriculture by means of making the soil fertile. She explained how earthworms are the ecosystem engineers and how they promote soil fertility and quality. Her presentation was one of the most popular at the conference and it attracted many interesting questions from the audience.

Dr Igor Muratov, Curator of Mollusca in the Natural Science Department, spoke about Photographing Collections in Museums. He asked five important questions about the process of photographing collections: Which, Why, Which, Who, and How? In his presentation, Muratov argued that for safety, integrity and preservation of items, objects should only be photographed for a particular reasonable purpose. Such reasons should include publicity, inventory and research.